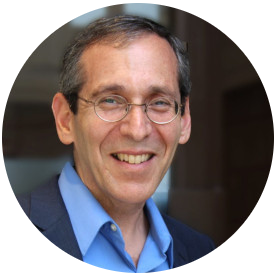 Brian has wanted to be a DJ ever since he was 7-years-old growing up in the San Francisco Bay Area and his parents bought him a cassette tape recorder. He began talking over the songs he heard on the radio in his best 1970s Top 40 Boss Jock voice. It wasn’t until college in 1980 that his dream was realized and Brainwaves was born, then as a New Wave program. Brainwaves took a hiatus until 2011 while Brian built a career first as a high-tech entrepreneur and as a freelance journalist and editor. Brian lives with his wife and three children in Jerusalem.

Brainwaves is eclectic alternative radio – two hours of great music every week spanning five decades of rock and roll. You’ll hear everything from the pop 70s all the way to the latest melodic indie, with a healthy dose of punk, progressive, new wave, dream pop, synth pop, slowcore, country folk, electronica, art rock and grunge thrown into the mix. And since Brainwaves broadcasts from Jerusalem, you’ll hear some cool Israeli rock as well.