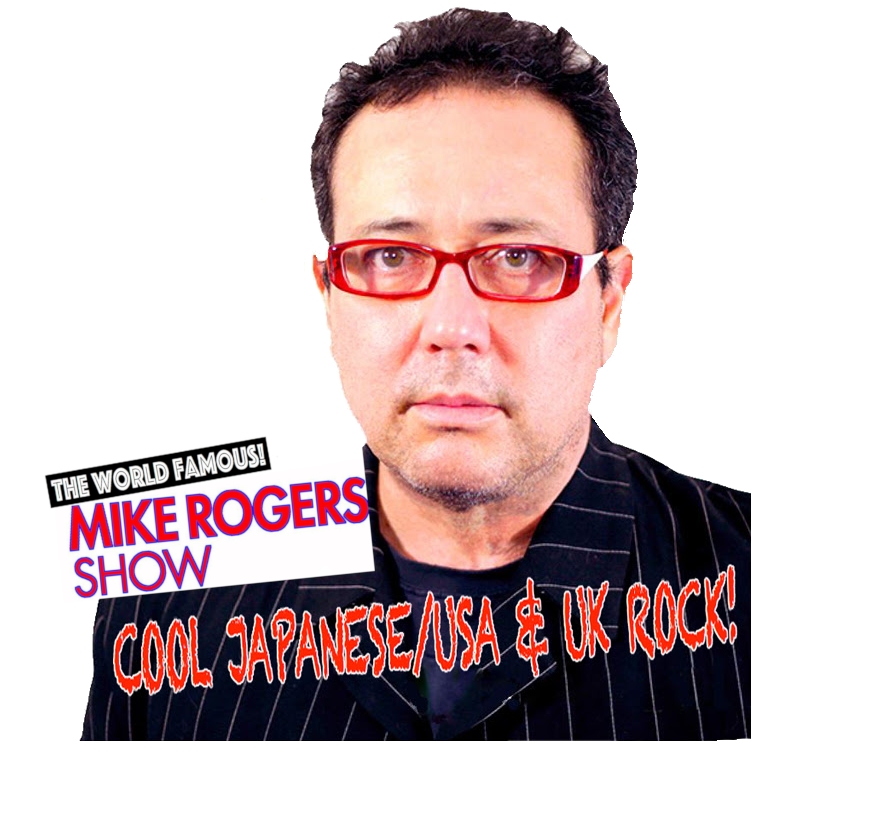 Mike has been a professional music/TV/ radio/anime-related program producer in Japan since the eighties. He started being a Youtuber/Twitter poster in 2019. He
is the only DJ in Japan verified by Twitter.

He began in the music business in 1977 as lead vocalist with the legendary Los Angeles Punk Band, “The Rotters” (Sit on My Face
Stevie Nix.) As a university student, he was assistant to the legendary Rodney Bingenheimer (Rodney on the ROQ – KROQ Los Angeles from 1980 ~ 1981.)

Mike was the first and only foreigner in Japanese history to become the General Manager of a major Japanese broadcasting station (TV Tokyo owned InterFM). Has produced a few
smash hit programs and several of Tokyo’s highest rated and most famous radio programs. A recent hit program was “The TV Show” (Set Program with “Ninja Slayer”) which, between April – Oct. 2015, garnered over 10 million viewers. He is currently producing and hosting “The Mike Rogers Show” on KOR radio in the UK and Pop Radio UK, Big Indie Giant in South Africa, and Bombshell Radio in Canada! His life’s dream is his just completed full-length motion picture, “Ghostroads – A Japanese Rock and Roll Ghost Story” which world premiered at the prestigious Raindance Film Festival in London and was released by a major Japanese motion picture company and in theaters all across Japan in Autumn 2017. It also enjoyed a theatrical release in Canada.

In 2018, he also produced “Matsuchiyo – Life of a Geisha” which also premiered at Raindance in London. Teaser: https://www.youtube.com/watch?v=lr0OAB0Kmn0&t

He is currently working with Hollywood Director Stephen David Brooks on a feature film starring legendary Japanese actress, Momoi Kaori. Mike & Stephen co-wrote the script.
Mike is also a Jury Member for life at Raindance Film Festival. In October of 2019, he will host “Bang! Pop! Japan” in the history channel in Japan. “Bang! Pop! Japan” is the definitive catalogue of Today’s Japanese underground music.

… Oh, and he likes to write about himself in the third person!