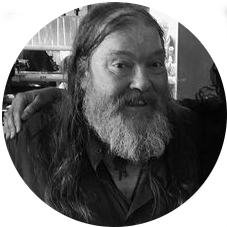 Mike Bowden loves the blues – they tell his story. He’s spent his life walking in their shadow. He doesn’t go looking for trouble, but it’s always coming his way. He’s the last of the independents. A little Dr Jekyll, a little Mr Hyde. Down by the river, down by the banks of the Charles river, that’s where you’ll find him, along with lovers, muggers and thieves. He remembers Paris in ’49. The Champs Elysee, Saint Michel, and a bottle of Beaujolais wine. He’s the one they say can fade the heat, the one they all know just can’t be beat.

If it sounds like I’m talking in clichés, it’s because Mike embodies the blues, the soul of the music runs in his veins richer than blood. From Robert Johnson through to Joe Bonamassa, and from The Very Reverend Billy F Gibbons through to Eric Gales, he knows exactly where it’s from, where’s it’s been, where it’s at, and where it’s going. His appetite and knowledge are second to none, and he genuinely loves the blues with a deep and abiding passion. Take hold of your John the Conqueror root, wave your Mojo hands, and tune in for the very best blues anywhere, here on Voodoo Radio.