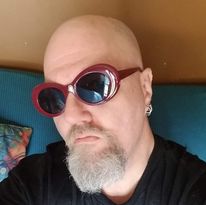 Michael A. Palmer has been in the Entertainment Industry for over three decades. First as a stand-up comedian in the 1990’s, then as a music journalist from 2000 until 2012 where he lived and worked in The United Kingdom, Australia, and eventually made it back to the United States. In 2013 Michael started his business, “Outlaw Renegade Nation” which began as a podcast and eventually evolved into a 24 hour radio station, ”Outlaw Renegade Radio”, that plays nothing but up and coming bands from around the world. Michael is also a published author of short stories and is currently working on his first novel.